From ZS64
Jump to navigationJump to search

After one of our Shuttle K45 barebones died from capacitor plague, we needed a replacement. We decided on the Asus P4 P5G41 barebone (User's Guide), since the K45 also uses the 775 socket, so we could reuse the CPU, RAM and hard disk. I couldn't find any pictures of the insides, so here's some I took while assembling the system.

As I found out only today, Asus decided to build the system with only the most restricted ICH7 south bridge version, so there's no AHCI support. 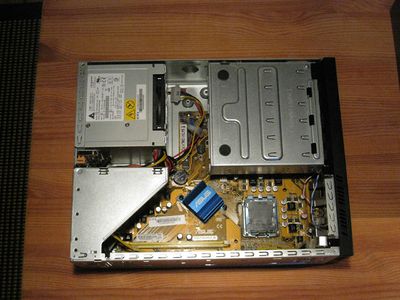 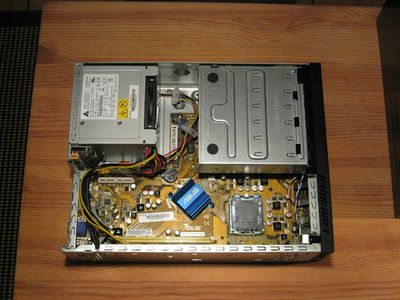 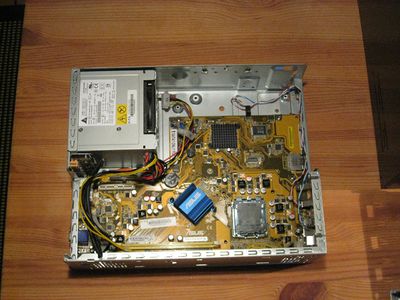 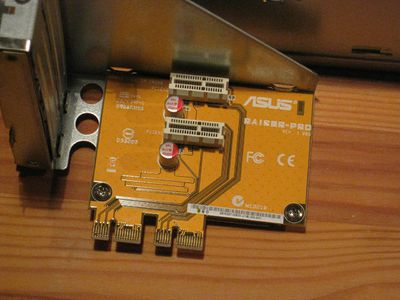 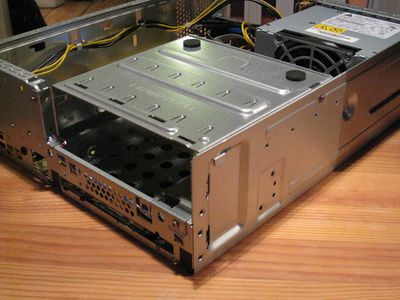 Hard disk and optical drive cage; the three screws attaching it to the case are partially removed 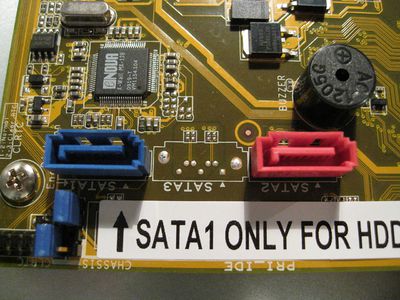